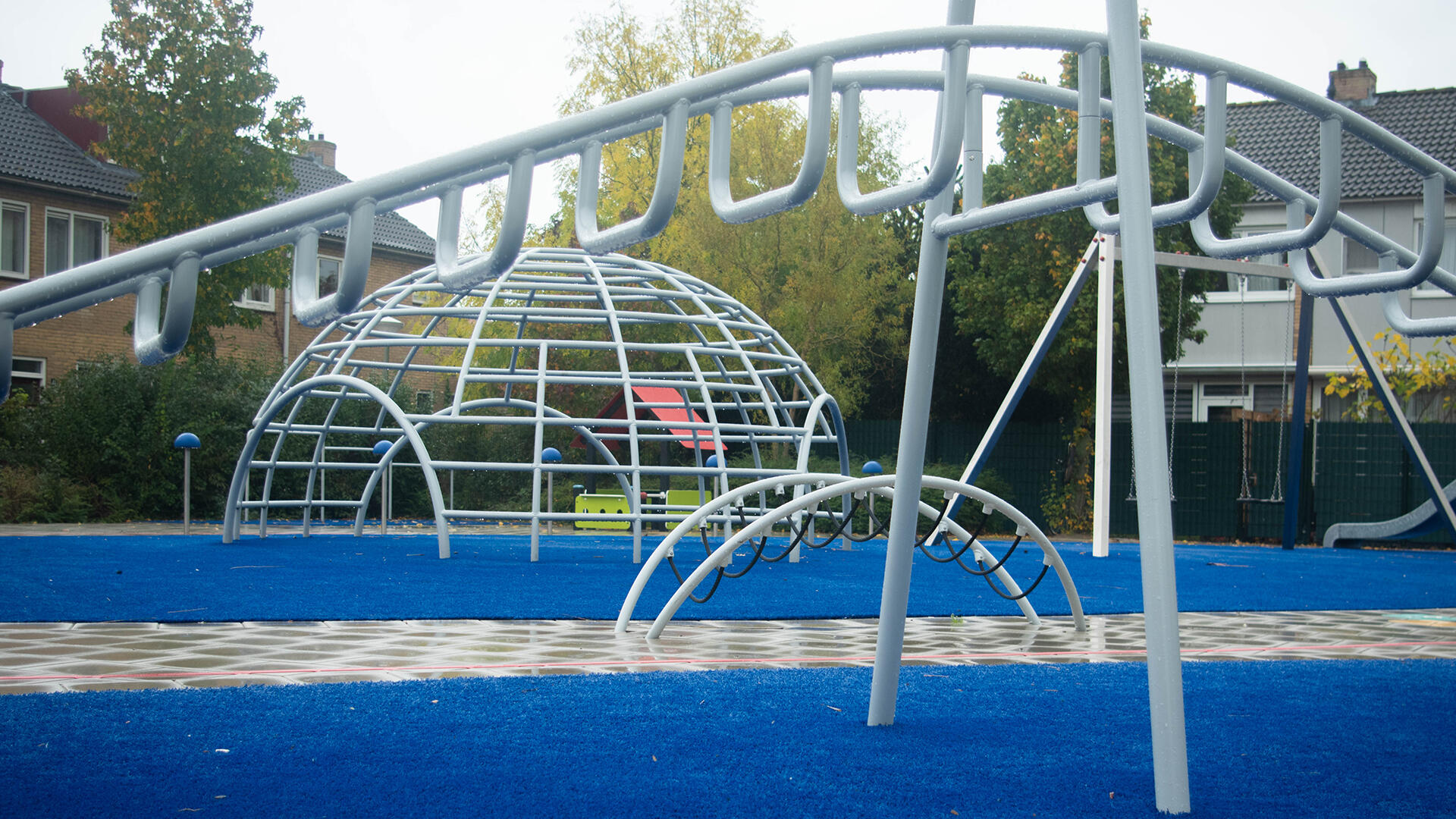 Playing is timeless and timeless. Just look around you and think of the places where you liked to play yourself. Not much has changed over the years. Many iconic play areas are characteristic of play areas with a timeless character, such as the play areas by Aldo van Eyck. For the furnishing of play areas for timeless play fun, we offer a furnishing concept aimed at timeless play, inspired by his design idea.

We still design timeless play areas, with a furnishing concept aimed at timeless play. By not using the geometric center in designs, but by using a focal point elsewhere. Supported by and supplemented with devices from our timeless range. Classic Play (designed by Aldo van Eyck) and Pionier (inspired by his ideas). Ingenious simplicity for timeless fun!

ALDO VAN EYCK; THE DESIRE FOR A PLAYFUL AND INFORMAL SOCIETY 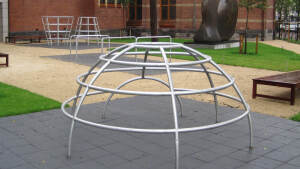 rapidly in the 1960s. The city grew busier. There was more and more resistance against the oppression of the available space by, among other things, more cars. One of the people who rebelled against this was architect Aldo van Eyck. In the 1960s he designed various playground equipment for the city of Amsterdam and set up approximately 700 playgrounds. Some of these are still in use and new play areas are also being set up in accordance with his ideas.

Apparently simple devices with elementary archetypes that challenge children to play and stimulate their imagination. The open function of Aldo van Eyck’s play equipment allows children to move themselves, with all the acrobatics and flexibility they come up with. Making something from nothing. Aldo van Eyck put the child at the center and created space for the child at play, as the connection in the neighbourhood. And to this day, play areas ensure social cohesion in the neighbourhood. 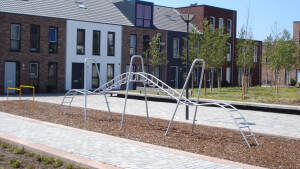 changed over the years. Many playground equipment is timeless and iconic and can still be seen in the outdoor area decades later. Who did not climb the climbing arch or climbing dome in their youth? Or that metal construction of which you never really knew what it exactly represented, but which you were more than happy to climb on and make up stories around it.

The use of timeless 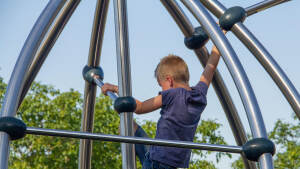 , elementary shapes suits both the urban character of a living environment and the perception of children. Basic shapes stimulate the imagination, evoke all kinds of uses and provide starting points for one’s own imagination. A climbing arch is for one gymnast, for acrobatic arts and for another it is a hill or mountain that is being climbed. And why only play on it when you can also have a meeting under it with your friends or use it as a base for a cabin. A climbing frame does not have to be realistic, but it does have to be real. We like to leave the interpretation of real to the children themselves.

You can find out more about which cookies we are using or switch them off in settings.

This website uses cookies so that we can provide you with the best user experience possible. Cookie information is stored in your browser and performs functions such as recognising you when you return to our website and helping our team to understand which sections of the website you find most interesting and useful.

Functional cookies should be enabled at all times so that we can save your preferences for cookie settings.

If you disable this cookie, we will not be able to save your preferences. This means that every time you visit this website you will need to enable or disable cookies again.

This way we know if forms are submitted or some pages have been visited after clicking on an ad.

Please enable Strictly Necessary Cookies first so that we can save your preferences!