"No ordinary execise- and playground"
The Binnenvergt in Zaltbommel is a special place in the heart of the province of Gelderland. A number of important requirements were paramount in the development of this neighborhood. A friendly living environment for everyone, guided by the atmosphere of the old city center. A mix of public functions such as parking, playing, sports & exercise, walking, greenery and smart solutions when it comes to water storage. The result is a specially constructed water square with a drainage function, which serves as a playground and meeting place both during dry periods and after rainfall. With an adjacent exercise garden with fitness equipment. No ordinary play and exercise place, but a meeting place where young and old meet.

Special function of the outdoor area

The municipality of Bommelerwaard, Woonlinie and various other parties, have been busy in recent years with the redesign of the outdoor space. In the Binnenvergt district, next to a water square, a moving garden has been laid out. The water square can be called special because it has two functions. Above ground, the square serves as a water playground, with a nod to the ancient history of the city. Below the square is a large underground water buffer where 360 ​​m3 of water can be stored. This buffer is for collecting rainwater from large showers and then draining it into the sewers after a delay. This prevents streets from becoming blank. In case of heavy rain, the square is full of water and an additional 165 m3 of extra water can be stored here.

The example of the water square has inspired a citizens' initiative to set up a fitness garden. The new neighbourhood, with both the elderly and single-family homes, initially had a rather individual character. There was a need for more social interaction and social function of the square. Movement equipment was then added to the adjacent part of the water square. From a park bench with bicycle device, to balance exercises on the balance bar. Rowing on a rowing machine, training the arm muscles with the wax on wax off or the "hand bike", moving the entire body on the crossfit or climbing stairs on the pacewalk with several at the same time. Alone, with a group, independently or under supervision, it's all possible at this versatile fitness location. The result is a special outdoor space with multiple use of space, where young and old can move, stay and meet.

"Moving together and having a chat"

Sports coaches, physiotherapists and welfare organizations make grateful use of the exercise garden and do their exercises with the residents. Various exercise groups, but also individual athletes, take the exercise garden with them in their sports tour. People meet together and do their exercise exercises together. And on the adjacent water square you will find various seats and playful elements. A bowling alley has also been created. Having a chat together and working on your physical health at the same time, it turns out to be an extremely good combination. The square is thus frequently used all year round by a diversity of visitors. 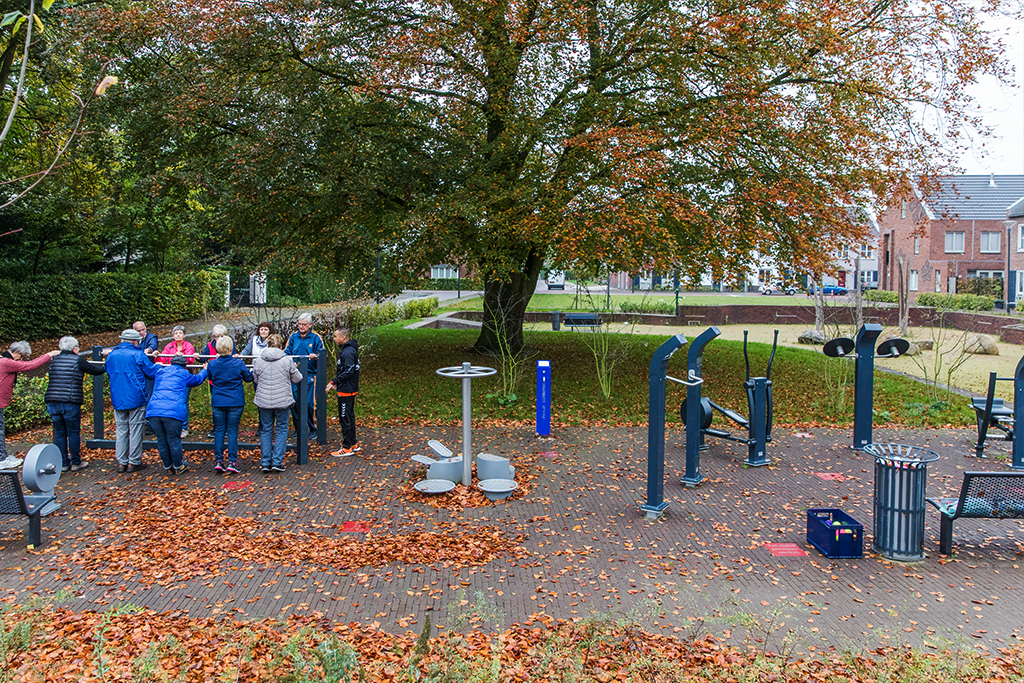 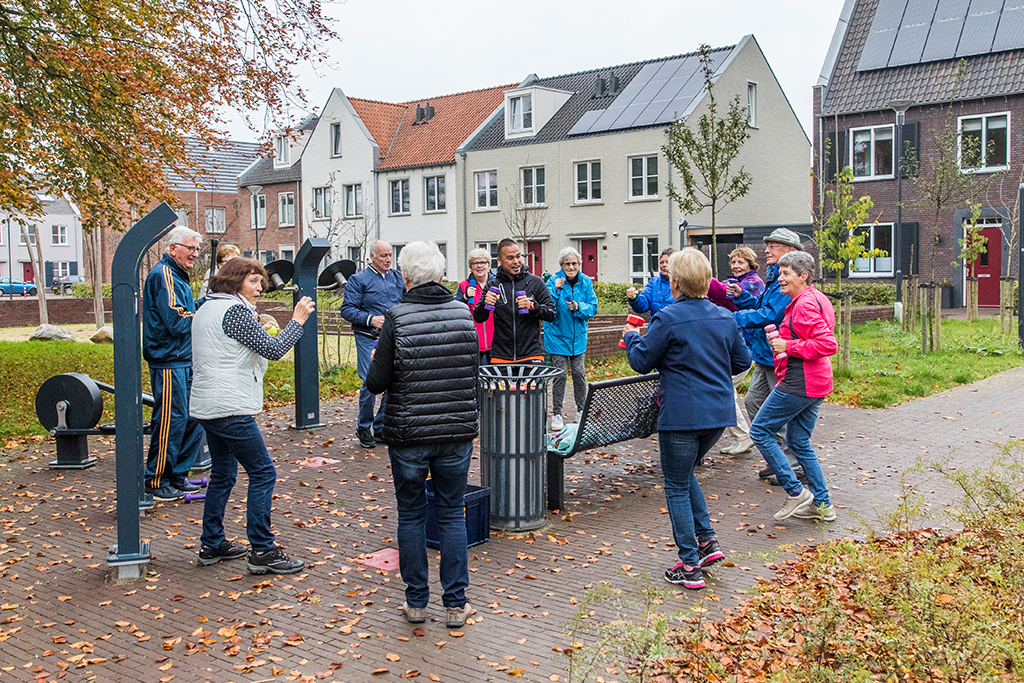 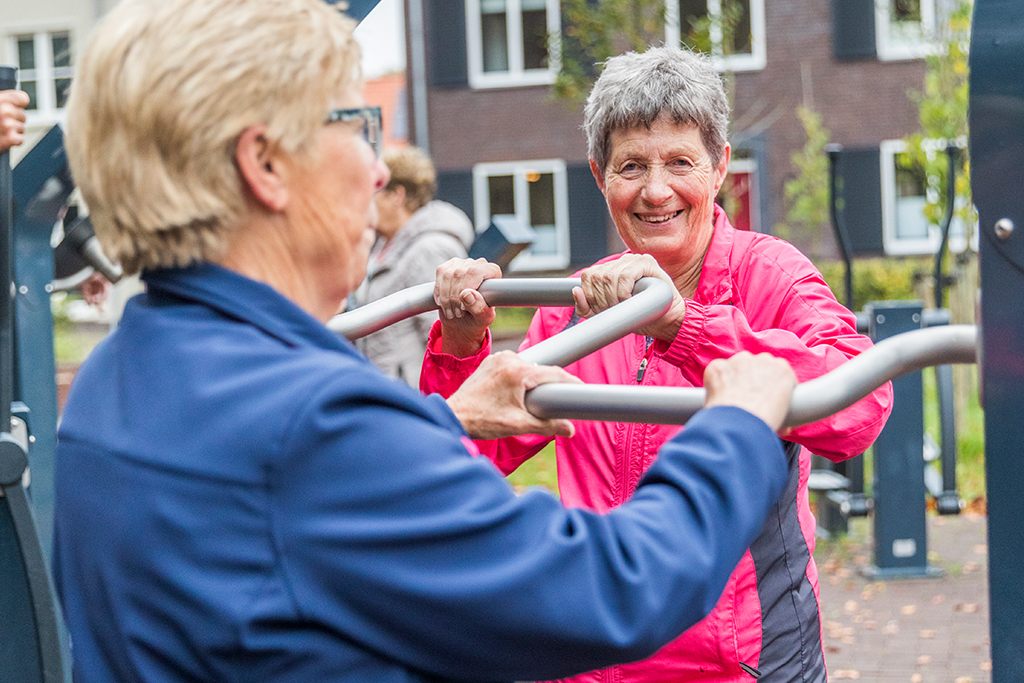 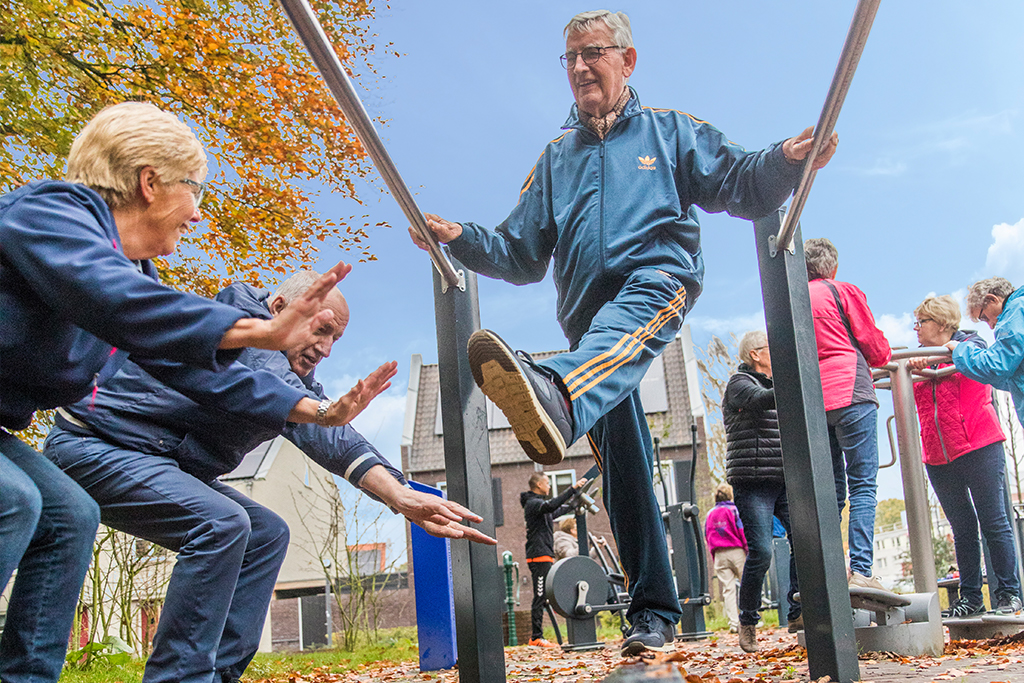 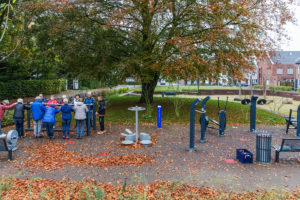 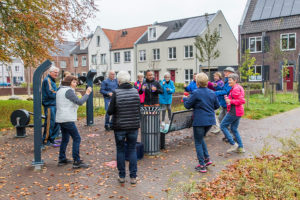 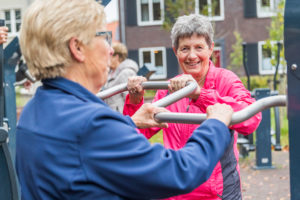 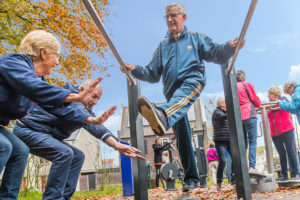